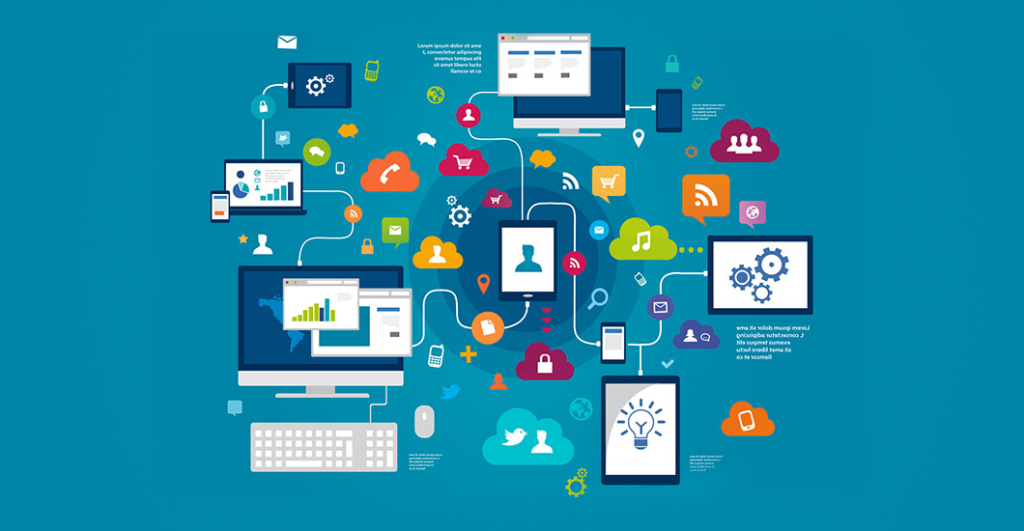 As a multi-media journalist, I boast a particularly strong and diverse range of digital skills. As you shall see here, aside from my skills in writing and reporting, I can also:

You can browse through each section by linking on the links above or below:

Legend of Fionn — Interactive E-Book for the iPad

I have built  an interactive e-book for the iPad based on a story from modern mythology. I am part of a three person development team, known as Team Tradigital. This app was available on the Apple App Store from 2014.

Legend Of Fionn Promo Video from Steve Cummins on Vimeo.

As part of my MA in Creative Digital Media, I took a Design Practice module, which was essentially a crash-course in graphic design and layout. Below are some examples of my work from that module

The brief was to create a logo and branding for a business of our choosing. We had to design all aspects of the logo from scratch and detail the rationale behind our decision to use a certain style or typeface. Having never studied design before, the brief was quite challenging. I chose a fictional modern coffee shop called Cassadaga and below are the logo I created and it’s application in branding. 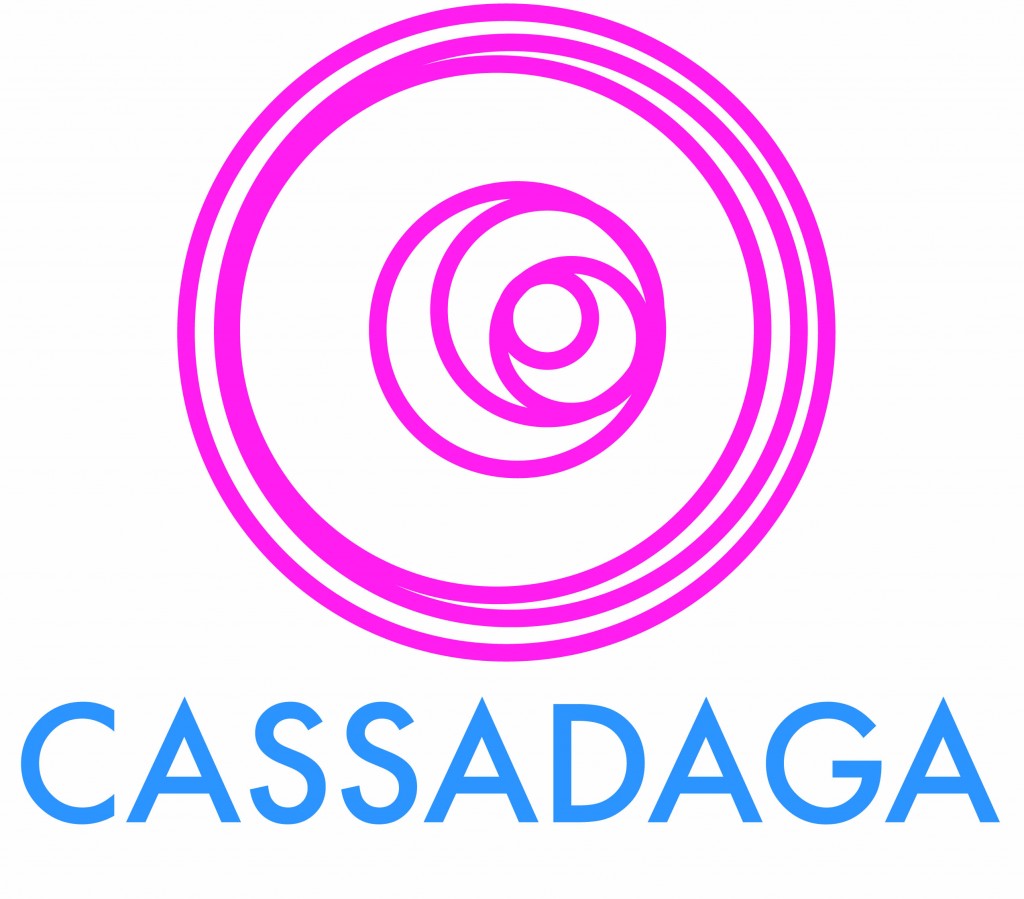 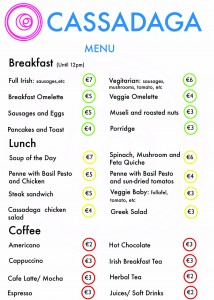 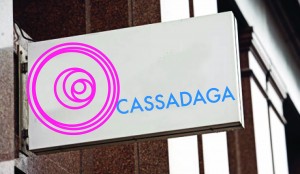 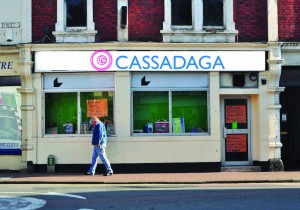 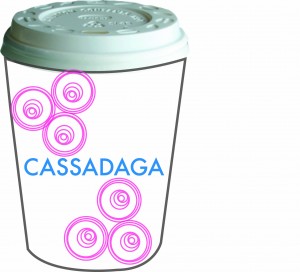 The brief was to take any Alfred Hitchcock movie and create an eye-catching movie poster using only three colours. I chose North By Northwest. The movie’s plot centers around mistaken identity. The lead character (Cary Grant) is chased by men who believe he is a man called George Kaplan, and Grant spends much of the movie trying to figure out just who George Kaplan is. 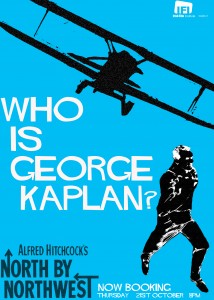 Proficient in WordPress, CSS, HTML and Javascript, I have designed and built a number of websites for clients. I can layout, design, build and put your website online, whilst incorporating your desired functionality — from social media integration to embedding video as well as paypal or credit card payment integration.

Below are some examples of websites I have designed:

Multi-talented Caterina has travelled the world for the past number of years as the lead dancer in Riverdance performing in countless prestigious venues. She is currently pursuing a career in TV presenting in Los Angeles and this site was build to be used by both potential employers and fans keen to follow her fashion and beauty advice. Visit Caterina’s site here. 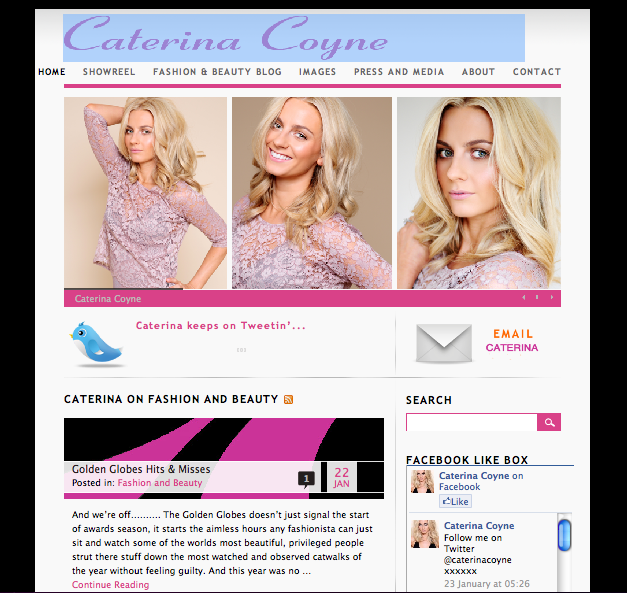 People On Holiday are an up-and-coming Irish band who have achieved considerable success in a short space of time. Since beginning in summer 2011, they’ve landed coveted festival spots on two well-regarded Dublin festivals — Hard Working Class Heroes and First Fortnight. The site was build to allow them full social media integration, as well as pulling music from their Soundcloud accounts. The site also includes a gig-update functionality, which allows the band to update their touring schedule, and includes a gallery of images. Visit the site here. 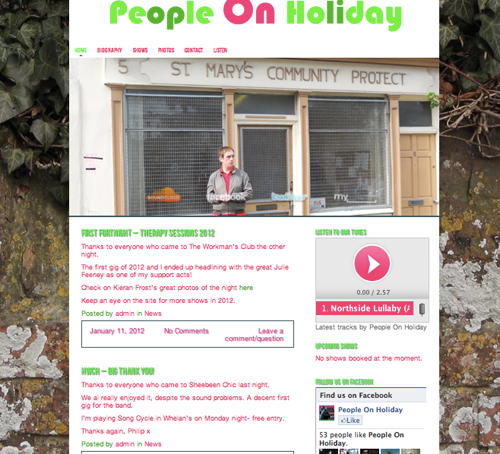