Emmet Kirwan on bringing Dublin Oldschool from stage to screen 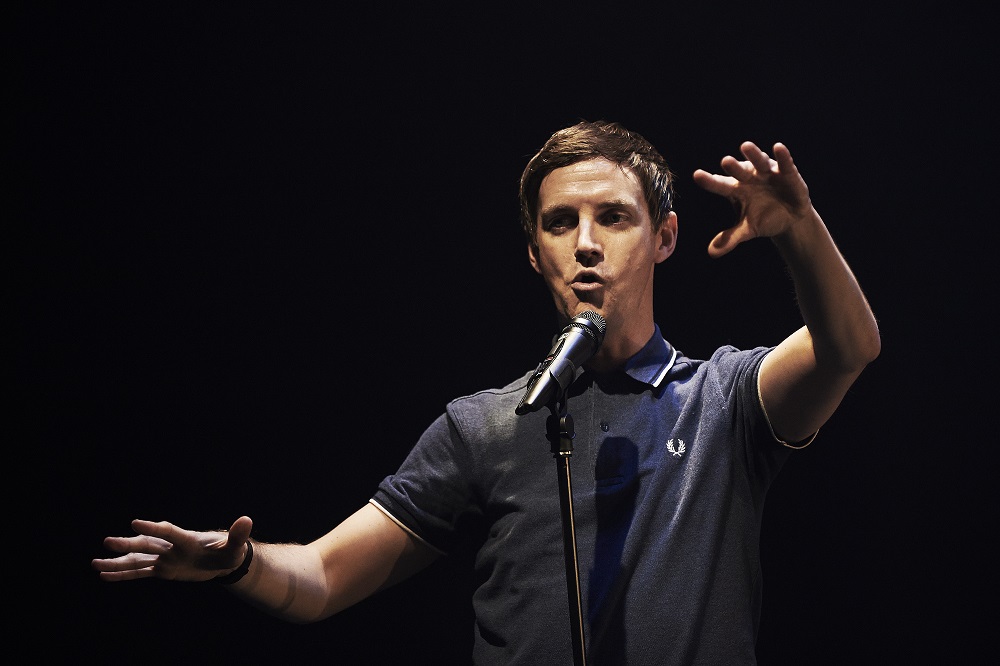 Emmet Kirwan is in a bit of a panic. A confluence of events has meant the affable 37-year-old couldn’t be busier when we speak. “I’m up to ninety today,” he says, words whizzing from his mouth as he tries to complete a bank transaction on his phone. “I’m moving to London on Sunday for three months to do a play on the West End. I got a gaff over there but they were insistent that I pay the three month’s rent and deposit upfront, so I was like ‘oh Jesus’.”

In between hurried phonecalls with estate agents, the fast-talking Tallaght-born actor and writer has been busily promoting his new movie, Dublin Oldschool. Later that night he’ll attend its world premiere, marking the culmination of a journey that began more than five years ago. Not only is Dublin Oldschool his first major film role, it is also based on his play of the same name. He also co-wrote the film’s script.

It is this burgeoning career as a writer that has seen Kirwan flourish. Although he has appeared on the national stage and screen since 2001, only in recent years has the Dubliner risen to wider attention. Today he is rightly regarded as one our finest writers and performers. His 2017 short film Heartbreak, a dazzling performance poem, racked up hundreds of thousands of views online and continued a run of powerful, state-of-the-nation pieces that have tackled emigration, homelessness and motherhood. It has seen Kirwan become something of a generational voice following a number of articulate appearances on The Late Late Show.

He says that it has only been in his 30s that he has become more concerned with social injustices. “When I was a young man, I thought about young man things,” he says. “I think when you’re younger, you’re not thinking about other people. You’re just thinking about yourself. I think that as I got older, and after the crash, things like that really crystallized. I really went, okay there’s an injustice here around a number of different things where banks are bailed out but people aren’t.”

Dublin Oldschool touches on such issues, although Kirwan is at pains to stress that it is a comedy. Although he will speak passionately about the issues touched on in the film, he has become wary of “going off on one” because of the headlines it generates.

“I’m just really aware that they (Element Pictures, film distributors) were saying to me to try and keep it to the film. They’ve been telling me ‘don’t forget to tell people that it’s a comedy and to go and see a movie’ because every time that I say something political, that’s what the lead is in the article,” he says. “The film is a piece of entertainment first and foremost. The politics and all that is really only a secondary thing. Ultimately that’s not the main goal for me. The main goal from me always is entertainment. That’s it.”

Dublin Oldschool is certainly entertaining. Set over a drug-fuelled weekend, Kirwan plays Jason, a recreational drug user and wannabe DJ who stumbles from one session to another. Things take a turn when he bumps into his brother Daniel (Ian Lloyd Anderson), a heroin addict living on the streets. Under Tynan’s direction, Dublin has rarely looked more beautiful and many of the scenes will be familiar to a young audience. Kirwan says he first began writing the stage version because he wanted to capture that youth culture. He was also sick of acting in “dead white man plays”.

“I wanted to do a play that was modern and contemporary because all of the plays I was doing were just old plays,” he says. “There was nothing kind of vibrant about them. There was no necessity to them. Theatre was always supposed to reflect society because you can get away with saying a lot of things on the stage that you can’t in TV, or even in print.”

His first idea was to document that nightlife of house parties and dance music. “I kind of thought it could be an anthropological study of youth culture in Dublin,” he says. “Kind of like Richard Linklater’s Dazed and Confused or American Graffiti – those kind of films. There was a parallel story as well about the brothers. I kind of thought, you can’t just write about that youth culture element. It could be quite boring. It needs a bit of heart. That’s where the brothers came in.”

The resulting play opened to rave reviews at the 2014 Dublin Fringe Festival and was performed in Edinburgh, London and Belfast. Kirwan and Anderson played all the characters on stage, spitting out the story in rhyming verse. Their energy was intoxicating. Most of that verse though has been stripped out and scripted for the screen. “The brother scenes are almost intact but the rest of the spoken word and all the rap elements are gone,” he says. “Some of that wound up in the voiceover. It’s really an entirely different story, a whole new narrative that’s been created especially for the film.”

That story of the two brothers was partly inspired by Kirwan’s real-life experience. “My brother became addicted to heroin when we were teenagers and he was part of that generation, the early rave generation,” he told the Late Late Show last year. “And he became homeless and we hadn’t seen in him two or three years because our relationship had broken down. We didn’t know where he was. I had just graduated from college and I had an audition in London for We Will Rock You, the musical, so I went over to London – I was only there for six hours because you fly in, do the audition and come home.

“I was around Piccadilly, it was September 11, 2001 and I was watching Sky News outside a café because I could see people congregating outside looking in at the TV. I walked around the corner and I hadn’t seen my brother in three years and I found him. He was living homeless, so he wasn’t looking too well. The world was falling apart essentially in the west – this massive terrorist attack was destroying lives – and these two lives reconnect.”

Kirwan’s brother is now years recovered and working as an addiction counsellor. Understandably, the actor is reluctant to rehash that part of his family life. “The thing that I wanted to do with that interview was kind of draw a line under it,” he says of his Late Late Show appearance. “It’s just because of my brother. I know he’s kind of anxious about it constantly being brought up so I’ve been trying to kind of lessen the amount of mentions about him.”

He says he doesn’t know what impact his brother’s story had on his life, if any. “I genuinely don’t know. Your life is your life, you know that kind of way,” he says. Asked if it shaped his views on addiction, he says no, that seeing people in his community caught up in drug addiction, and knowing that they were not bad people because of it, gave him a more nuanced view from an early age around the hypocrisy and “binary morality” many have about drug addicts.

“Drugs are everywhere,” he says. “People take drugs in various different forms but, you know, if you take one particular kind of drug you are a scumbag and if you take another type of drug you are not. So there was a kind of thing there about the hypocrisy and so I thought if I had these two characters, where one of them was taking drugs recreationally and the other was also taking drugs recreationally, but his life had come completely off the rails because of it. I thought, ‘how would this other drug user view him’. It was about calling out that hypocrisy of drug and drug taking and how we see drug addicts.”

Ireland as a society, he says, needs to have a proper discussion about addiction and homelessness. Partly for this reason, he believes Dublin Oldschool is an important film. “It’s important because, look, in the last eight years homelessness has reached a higher level than it has ever reached in history of the Republic. 10,000 people are homeless but we have a political class that essentially feels like this issue is not important and that the economy is more important.

“Essentially, they are putting those issues of people who are on the bottom rung of society on the backburner while they take care of everything else. And only after everything else is sorted will they then go to that,” he says. “There are people living in B&Bs that are so dangerous, they don’t want to go into them. Families are now sleeping in 24-hour McDonald’s and then sending their children into primary school the next day. But to listen to our Government, it’s all okay.”

In full flow on such issues Kirwan’s anger is palpable. It’s what makes his work so engaging. He has three new plays in development. Dublin Melody is set on the night of a riot three years in the future and is “kind of an extension of Dublin Oldschool”. The Last Parthelonian will tell look at a mythical race “who came to Tallaght 6000 years ago and all died of a plague”, and 1990 is set in a Tallaght video shop during the World Cup. Before all that, comes a West End play. Kirwan has a busy summer ahead. He wouldn’t want it any other way.