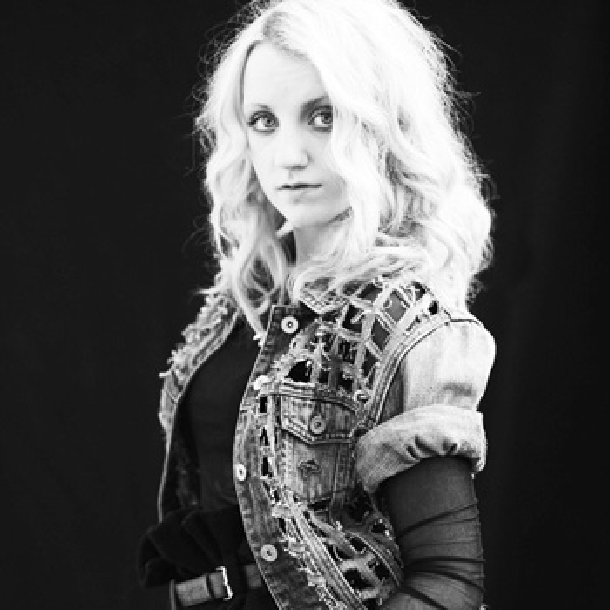 Plucked out of thousands to star in the Harry Potter movies, Evanna Lynch’s story is the stuff of fairytales. I was commissioned by New York-based magazine Nylon to write a profile piece on her looking at where she was at that period in her life.

I met Evanna the day after her 19th birthday and the day before her Leaving Cert results. It was also just two months after she finished her final scenes in Harry Potter. The transitional period was only added to by the fact that this was her first major adult interview. We talked for an hour and — as with much of my interviews — there are reams of extra interesting quotes in the transcript that I could only touch on here. A very interesting interviewee.

EVANNA Lynch is in a bit of a panic. “I’m so, so sorry,” she says, rushing to my table in a hotel café in Drogheda, County Louth, Ireland – 35 miles from Dublin. “I’ve been getting a reputation for being late. I slept in. I’m really sorry.” It’s an anxiousness at odds with the calm and collected Luna Lovegood, the pale-skinned school outcast she’s played in the Harry Potter moves since 2006.

A Potter obsessive since the age of eight, Lynch’s story is the stuff of fairytales. Six years after falling in love with J.K. Rowling’s novels, she was plucked from 15,000 hopefuls to join the Potter world, a journey that’s perhaps the equivalent of being asked to join the band you obsessed over as a teenager.

We’re meeting at a similarly transitional stage in her life. It’s the day after her 19th birthday and the day before she gets her Leaving Cert results, the Irish equivalent of high school graduation. Two months ago her Harry Potter adventure finally came to an end, when filming finished on the two-part finale, Harry Potter and the Deathly Hallows, part one of which opens next month (fans must wait for the second part until summer 2011).

“It’s really sad,” she says in her soft, dreamy voice of the end of the series. “Harry Potter was like a security thing. It was like school. Every year you’d know you’d have school at the start of September and then you’d have Harry Potter a few months later. And then to have it suddenly gone…. It’s kind of scary.”

It’s rare to meet a teenager who can hold forth so authoritatively on modern dance, Shaolin Monks, Michael Jackson, Belgian writers, and her love for Vladimir Nabokov’s Lolita

Lynch is striking in many regards, and the recently acquired braces on her teeth accentuate her charming teenage awkwardness. She describes herself as “the arty one” in her family of six and speaks so passionately and knowledgeably about art and culture, it’s almost disconcerting; it’s rare to meet a teenager who can hold forth so authoritatively on modern dance, Shaolin Monks, Michael Jackson (“I got a tattoo of his eyes on the back of my neck”), Belgian writers, and her love for Vladimir Nabokov’s Lolita (she read it after “becoming annoyed by fashion magazines when they’re like, ‘Channel you inner Lolita.’ I was like, ‘Has anyone actually read this book?’”) 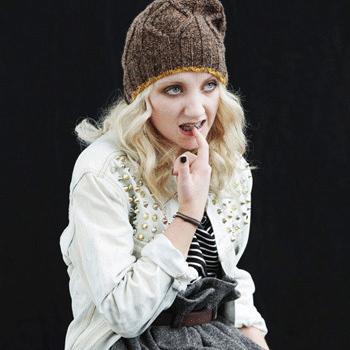 And her talents won’t end there. Last June, Lynch won Ireland’s Mary Barrett Portfolio Award for painting. Potter fans might be aware of the fashion accessories she designed for Luna – a pair of radish-shaped earrings and a lion-head hat – though she modestly insists “people make too much of a big deal of that.” Then there’s her admittance to Dublin’s Centre for the Talented Youth of Ireland, a summer school where she studied speculative fiction. “Again,” she says with an embarrassed smile, “every little thing gets blown up. Suddenly I was getting fan mail going, ‘I can’t wait to read your book!’”

She credits dance with helping her conquer a crippling shyness

She’s a busy girl, Lynch. Dance is also a huge passion: She credits it – along with her casting in the Potter films – with helping her conquer a crippling shyness. If she hadn’t won the role of Lovegood, she says, “I’d be a lot different. I think I’d be very shy, and shyness is such a barrier.”

So with such a wealth of creative aspirations – “my ambitions change every five minutes,” she confesses – will she continue to act? “Definitely,” she says confidently. “When I started, I didn’t think I wanted to. I just wanted to do Luna. But on the last day I was like, ‘I definitely don’t want to stop this.’”