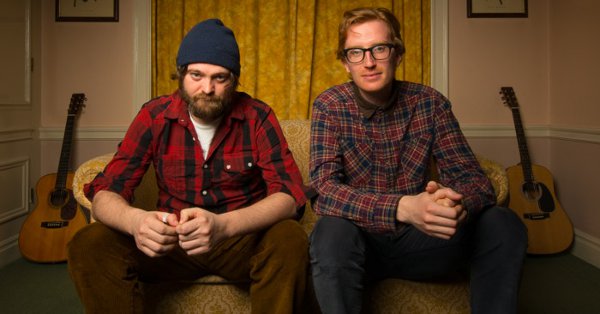 The Lost Brothers
Electric Ballroom
London
★★★ (out of five)

IN that boisterous hour between anticipation and deliverance it can be difficult for any support act to get a decent hearing of their wares. That the Lost Brothers manage to command the attention of an audience that have paid to hear only St Paul & The Broken Bones is testament to the duo’s ability to reel in a listener with their captivating folk songs.

On new song Can I Stay With You, the Losties lead vocalist Oisin Leech sings of “taking away these blues” over an almost skiffle shuffle and tonight’s set is dripping in its debt to such southern American Blues, Bluegrass, Gospel, Country and Folk.

In fact Mark McCausland and Oisin Leech’s songs are so evocative of a romanticised America that at times you forget that the duo are from Omagh and Navan respectively.

The harmonies of Simon & Garfunkel are also a key component to the duo’s sound and are tonight used to exemplary effect on set opener Gold And Silver, Derridae and Poor Poor Man. All are fine new songs that bode well for fourth album New Songs of Dawn and Dust, out later this month.

These newbies sit well alongside a brace of older songs, of which Now That The Night Has Come proves a particular highlight. The Losties’ two vocal, two guitars approach does of course bring with it limitations, but for the most part the duo’s songs prove strong enough to delight and beautifully distract an audience present for St Paul and his soul revivalists. Check out The Lost Brothers when they head back on tour in November.