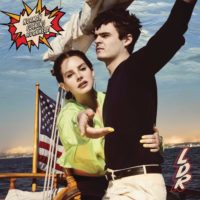 Eight years and five albums have seen Lana Del Rey rarely deviate from the winning formula that lit up the internet in 2011 with Video Games. From Born To Die through Ultraviolence and Honeymoon, each Del Rey record has been marked by its uniformity in sound. Hers is cinematic, dream pop, often delivered with a flat, dispassionate vocal that belies the emotion in her lyrics.

Her five albums to date are full of longing, failing romances and mid-century American iconography. If they have served to reinforce her image as an aloof, tragic, glamorous starlet, then they’ve also cemented her standing as a songwriter to reckon with. Del Rey may have shown one-trick to date, but it’s a fine trick.

Her sixth album finds the 34-year-old returning to the winning formula she slightly deviated from on 2017’s Lust For Life. Following the modern trend of enlisting zeitgeist guests, that sprawling record saw her delve deeper into flirtations with hip-hop and trip-hop. The results were decidedly mixed.

Here she is back on firm footing. Norman Fucking Rockwell finds Del Rey exploring arrangements that evoke the classic 1960s Laurel Canyon sound. These are sombre folk-pop songs mostly built around piano and fed through the same reverb, dreamy pop filter as before. The fascination with the past, the usual lyrical tropes, the wide, classic cinematic sound and that disinterested vocal all remain but they have rarely sat as well together.

From early single Mariners Apartment Complex through to Venice Bitch, Bartender and California, Del Rey documents lovelorn tales of romances with bartenders, poets and fighters amid references to depressive episodes, pills and “tearing around in my fucking nightgown 24/7 Sylvia Plath”. All very Lana Del Rey then, but Norman Fucking Rockwell succeeds more than her previous work in creating a world to wander into.

Moving around LA neighbourhoods, references to retro clubs and classic California records abound, from Joni Mitchell through to the Eagles and Crosby, Stills and Nash. Del Rey has always tried to ground her music with a sense of place but never as she achieved it so consistently as here. The breezy, unvarnished classic Laurel Canyon sound at once matches this lyrical map through an LA that might be 1969 as it is 2019.

In fact, in conjuring up images of 1960s and 70s California, Norman Fucking Rockwell feels oddly like a companion piece to Quentin Tarantino’s Once Upon A Time in Hollywood. Listening to Califiornia you could almost sense Brad Pitt’s Cliff Booth driving around in Del Rey’s world. It’s an apt comparison for the self-styled “gangster Nancy Sinatra” whose depiction of an LA neither then or now is just as mythical as Tarantino’s version of the city.

Some have praised Norman Fucking Rockwell as a record for these times, and in a cultural timeline that sees it precede Tarantino’s work, perhaps it is. As too whether Del Rey offers some kind of commentary for the world we live in, this is less clear. It never quite feels like she has anything as on point to say about these modern times.

Rather this record, like Del Rey’s best work, seems to exist somewhere in our past. Reflective and nostalgic, and no the worse for it.

Norman Fucking Rockwell is out now