Forget the Oasis nostalgia, the Gallagher brothers are in an interesting phase of their careers 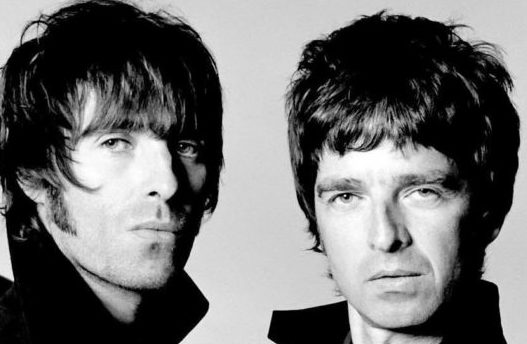 There were two landmark Oasis anniversaries last week. You’re probably aware of at least one of them. Thursday (August 29) marked 25 years since the release of Definitely Maybe.

A bona-fide classic, Oasis’ debut went on to become the fastest selling debut album in British history and ignited the burgeoning Britpop explosion. All that and it may not even be their best album.

The other Oasis anniversary was less celebratory, but it better signifies the place the Gallagher brothers now hold in the collective conscience.

Last Wednesday (August 28) marked 10 years since Liam Gallagher chucked a plum at Noel Gallagher, smashed his older brother’s guitars and triggered the end of Oasis and the brother’s relationship.

The event had the double significance of marking a beginning as well as an end as the brothers began a decade of tit-for-tat squabbles in the media, fueling the public’s fascination with their combative relationship.

And that’s where the Gallaghers are now at. Each new piece of music they release is mostly significant for the round of promotional interviews each will use to land another punch. The public, it seems, can’t get enough of the sibling rivalry.

Such public fascination with their relationship has been there since even before the release of Definitely Maybe. It began with John Harris’ infamous NME interview with the Gallaghers in April 1994 (later released as Wibbling Rivalry), but rarely has the music been as lost in the discussion as it is now.

In the greater scheme of things, neither brother is currently making music liable to elevate them above past glories. Definitely Maybe seems a long time ago because it was. Yet looking at the microcosm of their careers and both are at interesting points in their career.

Liam, after two awful Beady Eye records, has begun to play to his strengths. He remains a distinctive rock n’roll singer and has had the foresight to recognise that that’s where his future lies, and not as a songwriter.

His solo albums have seen him enlist a team of songwriters capable of giving him a couple of stadium-filling, Beatles-friendly anthems each album cycle. His second solo album should cement his draw as an arena-filling artist and shows some progression in quality from his patchy debut. It’s by no mean earth-shattering stuff, but you wouldn’t expect the younger Gallagher to deviate too much from his closed musical palette. His latest musical offerings will please those Oasis fans unwilling to expand their own musical horizons.

Unlike his brother, Noel has chosen to expand his palette. Although he’s far from writing the catchiest songs of his career, he is currently making his most interesting music in two decades. After year of being roundly criticised for an apparent aversion to experiment, he has finally cut the chord with meat-and-two-veg rock.

Few – after hearing his debut solo album in 2011  – would have expected this. But in the last two years he has begun to delve into soul, funk, disco and French psychedelia. From 2017’s Who Built The Moon? to this year’s Black Star Dancing EP he has shown a willingness to veer into musical tangents.

The critical acclaim that met 2017’s Who Built The Moon? LP – his best reviewed solo album to date – was heightened by the surprise that he had finally begun to do something new.

In truth, it’s not a great record but the elder Gallagher is closer to making a more interesting record than he has to date and return the focus to the music rather than his family.

Forget the Oasis nostalgia, the Gallagher brothers are in an interesting phase of their careers was last modified: September 5th, 2019 by Steve Cummins