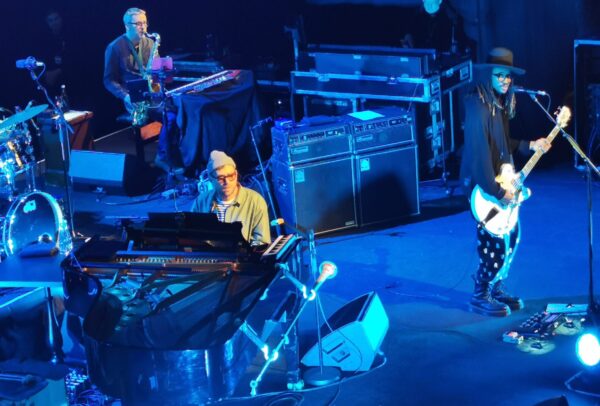 Damon Albarn has always been a forward-looking artist. Examine any part of his long and varied career and you will find a soul determined to push on into new territory, explore new sounds and try something new. For the Blur aficionados in the National Concert Hall, his recent comment around the 25th anniversary of the self-titled album that bolstered their longevity, was telling. “I want nothing to do with any of it,” he said of the Blur album’s anniversary in an interview with The LA Times. “Reissuing stuff that’s already had its moment is taking up space that something new could grow out of.”

Tonight then is no time for looking back. Sold in those pre-COVID times as an exploration of his latest work, Albarn delivers exactly that. The Nearer The Fountain, More Pure The Stream Flows, the record he released late last year, is performed in full. As an encore looms, he stays on point, electing to play “some outtakes” rather than reward an attentive audience’s evident desire to hear a smattering of the hits from his extensive back catalogue. None are aired tonight and, though there is much to enjoy over his 60-minute set, there is a lingering regret after his set ends at 9.15pm.

No support and such an early finish might be reason enough for some of the €65 paying audience to feel short changed. That many will have been at their first gig in over two years, with babysitting and taxis all factored in to the equation of this anticipated occasion, would have added insult to injury.

What Albarn does deliver though is sublime, meditative and transfixing, the live performance of tracks such as ‘Polaris’, ‘Particles’ and ‘Darkness Into Light’ casting new light on the brilliance of his latest record, its recurring motifs threaded throughout. It’s fantastic stuff, roundly applauded, but boy would we have loved an opportunity to sing along. 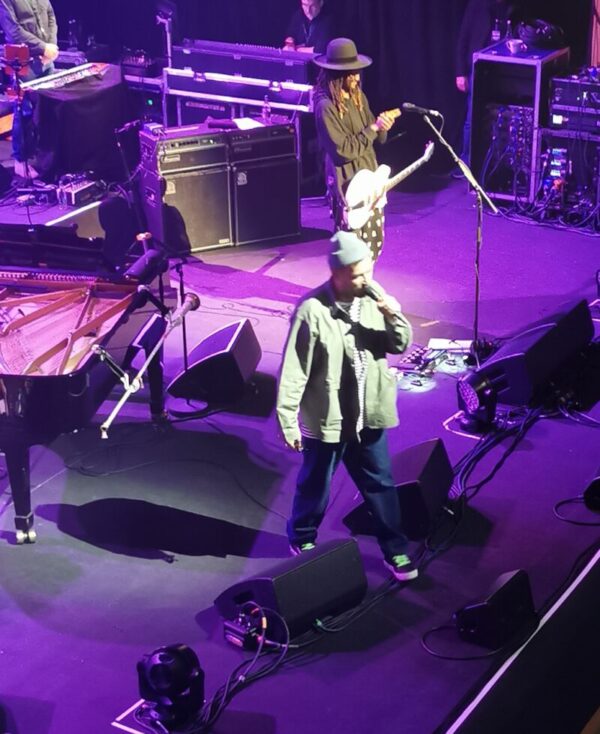