The Strokes’ eerily apt album for these times 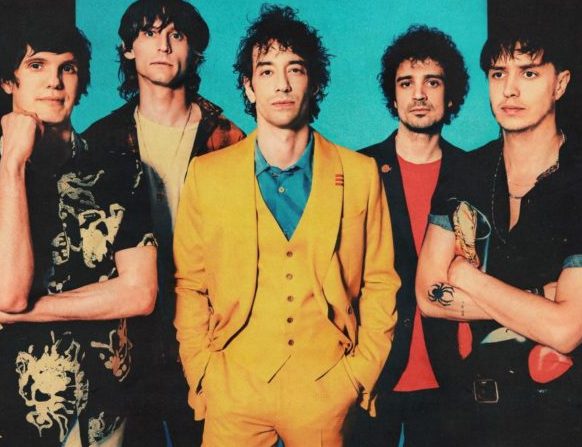 The Strokes are no strangers to surfacing in a time of crisis. Nearly two decades ago Is This It?, the group’s blistering debut album, had its US release delayed by a couple of weeks in the wake of 9/11.

Originally due out on 25 September 2001, the band felt New York City Cops might not chime with the mood of the city and so hurriedly moved to take it off the American CD version (it made the vinyl which came out in the US on 11 September 2001).

19 years on, the group’s aptly titled The New Abnormal has also arrived at a time when New York and the rest of the world are in trauma. The Strokes’ sixth album has spent the past week emanating from our streaming services as we begin to tune into the reality that the past may be something we’ll reminisce about for longer than we had expected.

These anomalous times are what makes The Strokes’ latest nostalgia trip so alluring. The New Yorkers have never been a band too preoccupied with the future. Readily pulling from the past they’ve somehow managed to hone a sound that is instantly theirs – you know a Strokes tune from the moment you hear it.

Album opener The Adults Are Talking is a case in point. Its skinny guitar riff, picked off by Julian Casablancas’ languid vocal, is classic Strokes.

But where their first three albums seemed tied to New York circa 1975 to 1979, The New Abnormal moves the band into the 1980s with The Human League, Billy Idol and New Order among the touch points.

The tempos throughout are slower, allowing producer Rick Rubin to flourish. Rubin’s technique is often to strip tracks back, isolate their core parts and magnify the factors that make an artist unique.

It’s why on The New Abnormal guitarists Nick Valensi and Albert Hammond Jr have rarely sounded better. From album standout Selfless through to Not The Same Anymore, their guitars seem in constant dialogue, exchanging counter riffs as the intricacies of their playing is brought under sharp focus.

Indeed The New Abnormal is a record that showcases the group’s innate musicianship as a whole. Bassist Nikolai Fraiture and drummer Fabrizio Moretti generously leave space for Valensi and Hammond Jr to move between Casablancas’ vocal melodies.

The Strokes singer sounds as coolly disconnected ever. He’s a king of the disinterested, oddly engaging lyric. On Ode To The Mets, apparently reminiscing on the band’s early years, he sings:  “Not gonna do that, fuck,  I’m out of control, I was just bored, playin’ the guitar, Learned all your tricks, wasn’t too hard.”

His growing interest in politics surfaces on Eternal Summer. “Summer is coming, won’t go away”, he sings on the climate change influenced lyric.

Casablancas’ has always been strong on lazy melodies and this again shines through, particularly on the album’s more stripped back second side – from the celestial synth ballad At The Door (Casablancas, a synth and a guitar) to the equally bare-boned Ode To The Mets.

It’s in these final synth-driven tracks where you get a sense of where the singer might have led the band were he still their dominant personality.

The 41-year-old was the group’s principle songwriter on their first three albums. He wrote all of their debut and practically all the songs on their second and third records. On the odd occasion when he wasn’t the sole songwriter, he co-wrote the remainder of the tracks.

By 2011’s Angles the group had become more collaborative. Casablancas – although involved in every track on Angles – had gone from solely writing 100% of their debut to solely writing 20% of their fourth album.

On The New Abnormal there is no track solely penned by Casablancas, although you get the sense that he was the driving force on At The Door, Ode To The Mets and Not The Same Anymore. Although not the most immediate tracks on the album, they are the most interesting.

Those first three records came out over a five-year period when The Strokes seemed unstoppable. It’s taken them three times as long to release their second trio or records.

As for if The New Abnormal marks a return to the form of their early golden period is a mute point. The Strokes thankfully sound both different and the same on their most consistent album since 2003’s Room On Fire.

Recapturing former glories isn’t that interesting – and may never again be possible anyway.

The Strokes’ eerily apt album for these times was last modified: April 20th, 2020 by Steve Cummins